Why do Polish people complain so much

“Only once did Frederick manage to cause a more vivid reaction in Bruno K. That was about a year ago. – I wanted, politely, like Pole to Pole, talk to him about the fact that everything sucks, but all in all – we keep going. And the words went out from his mouth like from a machine gun. About Masons, Jews and all secret forces that rule the world. (…) – says the pensioner.”

This is a fragment of an article about the death of Brunon Kwiecień – the first Polish terrorist after 1989. The pensioner – Fryderyk – was Brunon Kwiecień’s neighbour.

I liked his summary of the relations with Brunon so much, that even after 7 years from the first time I read this article, I was able to google it. I didn’t remember the name of the criminal. But I remembered that his nice neighbor just wanted to causally “complain” with him, like everyone does.

So… since you are here, you probably know, that we – Poles – really like complaining.

(Not only) souvenirs from Poland. What to buy in Poland

I want to go to Mazury – how do I get there? 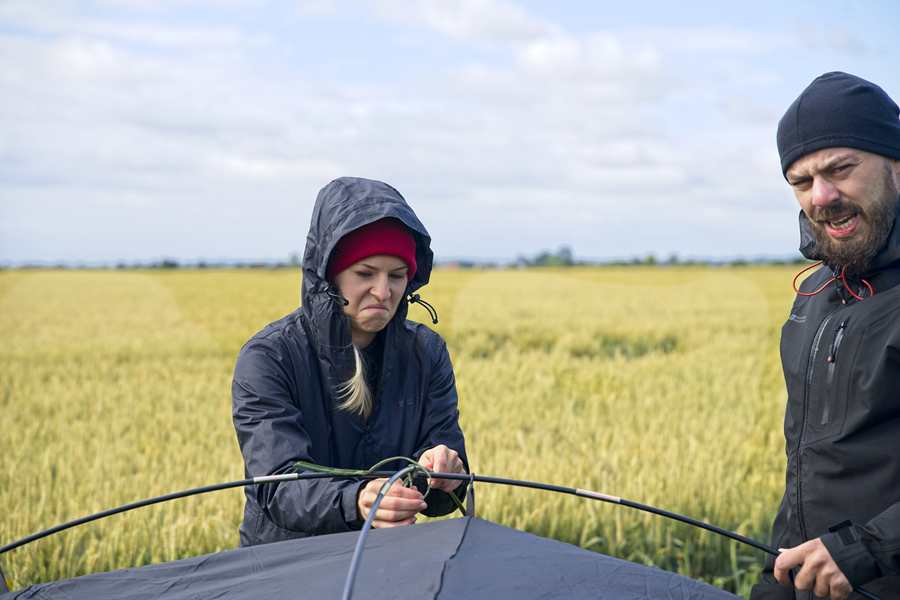 Which is why Polish small-talk is typically about the weather, especially in autumn and winter. It is a great opener to any conversation, either at work or when you pick your kid from a kindergarten, or you’re trapped in an elevator. If you want to blend in, just say that the weather is miserable.

In Poland it is the way we form our sentences. So it will be also perfectly acceptable if you complain on the weather in summer. Maybe it is too hot? Or maybe it didn’t rain for too long? There is always a reason, so just use your imagination.

Sometimes I feel that Polish people could be the best lawyers in the world as they have so much flexibility in their judgement.

Why do Polish people complain so much?

If you spend enough time with Polish people, you might realize that complaining become something like a rhetoric figure. It is a form of speech, a way of leaving. Sometimes people complain just to complain, to the point where it makes you ask: are Polish people really that miserable?

It is not just complaining

Few months ago, my father in law was in between jobs. He had very little responsibilities in the old place as he was going to leave in three weeks. He is sixty something and usually worked from 7 till evening, waking up around 6 in the morning. And now he was complaining that there too little work to do.

This is when I realized that he is not really complaining. He is just telling us what’s up in the most Polish way. The truth was, he was probably not really bothered by lack of work. He probably didn’t mind. But the only way he knew how to communicate the fact, was by complaining about it. This is how he talks and how he was taught to talk by his parents.

How are you doing?

Furthermore, when a British person throws this casuall “How are you doing”, they don’t expect you to answer. Or to answer honestly. In Poland this is considered a fully legit question and an invitation to start complaining. A polite answer fits somewhere between “It could be better” and “Tough as always” (“Jakoś leci”, “Stara bida”, “Ciężko, ale do przodu”).

You can of course try not to complain when talking to Polish people. I sometimes try that with my in-laws. But when I don’t complain they think I am lying and that my husband and I are probably terminaly ill and in huge debts. Otherwise – why am I not complaining?

In our culture, complaining is strongly associated with being truthful. American people may smile whatever the situation is. On the other hand, Polish people have their feeling right there where you can see it. We wear it on our faces and we are bullshit proof.

Here’s a clip from Polish comedy drama about Poles living in New York. Only one of them – played by Bogusław Linda – blended in with the American society. He gives the rest of the group – long term immigrants on American soil – easy recipe how to be more successful: do something with your Polish, truthful faces.

The most popular Polish sportsmen ever was a ski jumper Adam Małysz. Tiny guy with a mustache and a very modest man, who was always only focused on  “two good jumps”. He was loved by the crowds like he was a miniature Michael Jordan. And even though he won gazillion gold medals in his life, he never ever boasted or was impolite to anyone.

I believe that if Poland has ever given birth to someone like Usain Bolt, he would be hated by the millions. The society wouldn’t stand his boldness. This brings us to the heart of Polishness.

In my opinion the most important thing to remember when living around Polish people is to be modest. Being humble is a virtue. If my grandmother wanted to tell a compliment about a girl, she would say: “She is a modest girl”. Which to her was a code for – she is one of us.

It is hard to tell now which was first – complaining or the modesty. But why being modest is so important to us?

Trump’s visit in Poland July, 2017. Men shout on a street at leftist protesters

How it all started

Naturally Polish complaining nature is a side effect of many economical and historical storms that happened in the last 200 years. People get used to the fact that they earn a little and have even less influence on their situation.

After all, for 50 years the elections were rigged, TV told lies, and everybody earned nothing. In order to get anything you had to stay in huge lines or kiss ass, bribe or go abroad to bring back home some sweet American dollars. In the the late 80s 1/4 of the goods in Poland has been bought for dollars. The whole nation was acting in a huge masscarade: like they go for holidays, but in fact they were trading on every market square from Vienna to Stambul in order to be able to pay their bills back home or buy a flat (it is still very common, but instead of trading, we now work abroad).

This is how the first enterprenours in Poland began their carriers. And which is why Polish people for years associated earning money with black market and being a crook. You simply couldn’t be wealthy and honest. In order to make money you need to break the law, cheat and suck blood.

This believe has probably got even stronger in the ninties. Tapes were pirated, goods smuggled, fortunes made in one day on speculation. It was wild wild west, no rules.

On the other hand, it was a first in a really long time when Polish people felt how it is to exist in a reality dictated by the economy, not the party decree. Suddenly it turned out that going on strike doesn’t always work. The companies can be liquidated if they don’t have profit. Thousands of people found out that they are no longer needed by any employer. After years of living in a country where unemployment didn’t exist, it was a shock.

In society like that, you either complain how hard life is, or you are considered a crook – the one of those few who quickly adapted to this fierce conditions or even dictated them. Complaining became a code.

Do young people complain as well?

In his book “No dno po prostu jest Polska” (eng: Poland is simply at the very bottom), Adam Leszczyński gathered Polish quotes from the last 200 years. The conclusion was: Polish people don’t like themselves and are in need for a therapy. If you are a Polish speaker I strongly recommend this book. In my opinion, it should go straight on to the list of obligatory readings.

But until everyone reads it, are Polish people sentenced to complain till the end of the world? I hope not.

The young generation is already changing and you will not hear them complaining about everything, quite the contrary. They grew up in free Poland where you can go abroad whenever you want. Saw their parents going to work every day and being paid for their efforts. They live in a different reality, shaped by Instagram, Youtube and Facebook.

A long walk with a dog. Where to walk you dog in and around Warsaw

A long walk with a dog. Where to walk you dog in and around Warsaw

Close Menu
We use cookies to ensure that we give you the best experience on our website. If you continue to use this site we will assume that you are happy with it.OkPrivacy policy